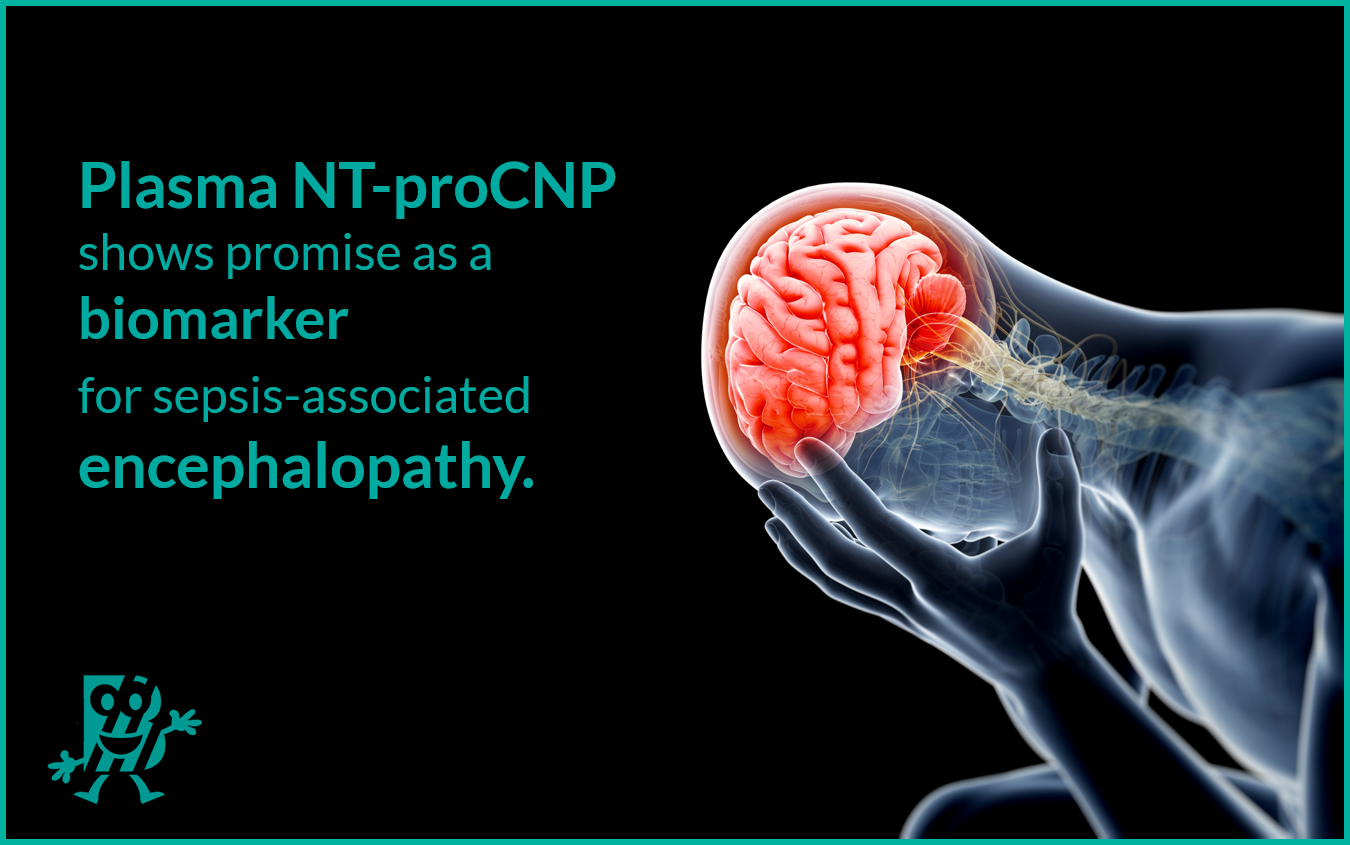 Sepsis-associated encephalopathy (SAE) has significant impact on the neurocognitive outcome of sepsis survivors. Biomarkers of brain injury and inflammation could help monitor encephalopathy in patients with sepsis.

Levels of NT-proCNP, a protein which is released during systemic inflammation, are highly elevated in both the plasma and CSF of sepsis patients with SAE. Since NT-proCNP levels in CSF and plasma NT-proCNP are highly correlated, plasma NT-proCNP might be a useful proxy biomarker to predict the emergence of SAE during the early phase of sepsis and detect neurological impairment at the later stages of the disease.

Plasma NT-proCNP measurement might be superior to S100B and NSE in SAE.

For more information on the Biomedica NT-proCNP ELISA check out: https://www.bmgrp.com/product/cardiovascular/biomedica-nt-procnp-elisa/